Our whole universe was in a hot dense state, then nearly fourteen billion years ago expansion started. Wait… The Earth began to cool, the autotrophs began to drool. Neanderthals developed tools, we built a wall (we built the pyramids). Math, science, history, unraveling the mysteries, that all started with the big bang!

It seems today that all you see is violence in movies and sex on tv, but where are those good old-fashioned values on which we used to rely?

There were six people who loved to watch television, but they didn’t like what they saw. Armed with determination and a strong will to change the course of television, they wrote their own shows, but that wasn’t enough, they had to sell them. They went straight to the networks, but the networks were not ready for them. But did that stop them? No. They built their own network and they liked what they saw.

Roger Ramjet and his Eagles, fighting for our freedom. Fly through and in outer space, not to join him but to beat him! When Ramjet takes a Proton pill, the crooks begin to worry. They cant escape their awful fate from Protons mighty fury! Come and join us all you kids for lots of fun and laughter, as Roger Ramjet and his men get all the crooks they’re after! Roger Ramjet he’s our man, hero of our nation. For his adventure just be sure and stay tuned to this station! 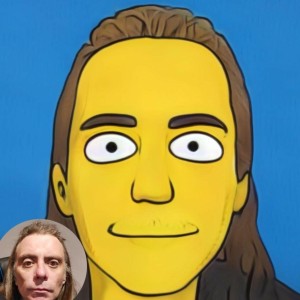 This is a Vermouth Poster in 1980s

Get Lost In The Future